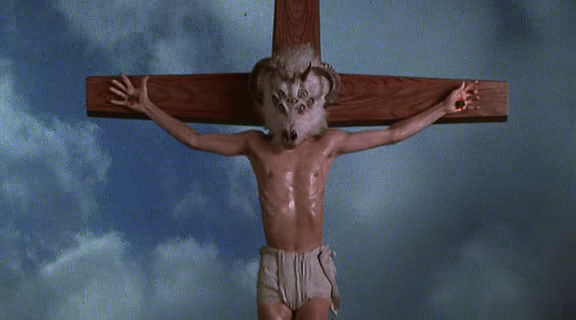 A Harvard scientist conducts experiments on himself with a hallucinatory drug and an isolation chamber that may be causing him to regress genetically. The film is directed by the legendary Ken Russell and stars the equally lauded William Hurt.

Respected scientist and psychology professor Edward Jessup (William Hurt) decides to combine his experiments in sensory deprivation tanks with powerful hallucinogenic drugs, convinced that it may help him unlock different states of consciousness. The experiments are a success at first, but as Jessup continues his work, he begins to experience altered mental and also physical states. As he spends more time in sensory deprivation, his grip on reality begins to slip away.

“Altered States is one hell of a movie” – Roger Ebert