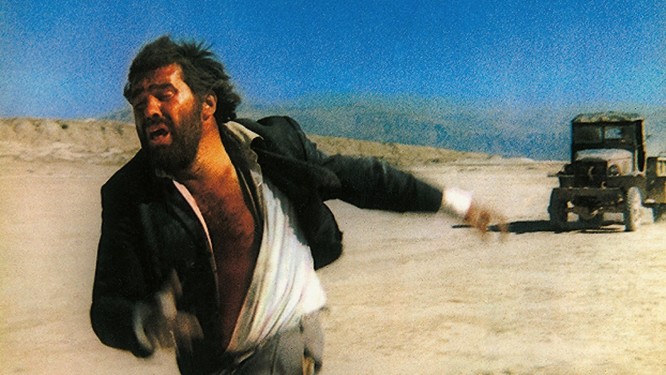 Cited by some as “EL TOPO with machine guns”, this hazy, flea bitten 1970s acid western opens with a wounded young man stumbling into a decrepit mining town with a suitcase of cash. He is found by an opportunist ex-gold miner and in turn by a sadistic killer Sunshine,leading to the inevitable standoff and violent finale… The film score is by seminal Krautrock legends Can. Deadlock enjoys cult status and has influenced many film directors from Jodorowsky to Tarantino.