SensoriaPro ‘Choose Life, Choose a Score’ winners give their feedback 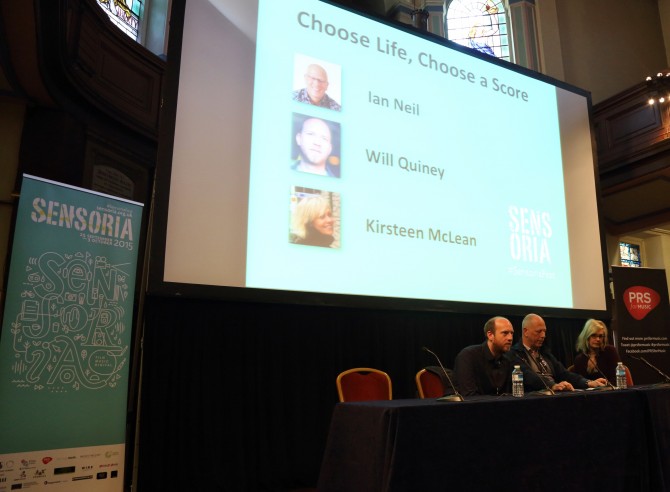 ‘Choose Life, Choose A Score’ at SensoriaPro 2015 was a unique opportunity for registered delegates to score or place music to the opening scene from the film Trainspotting. Submissions were critiqued on the day by a panel of industry experts featuring Ian Neil (Sony), Will Quiney (Empire Design) and Kirsteen McLean (Discovery). 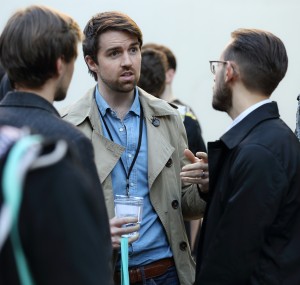 Winning track in the source category was Vagabond Train by No Money Kids, an electro-blues duo from Paris. Barry Connolly, Head of Sync Licensing at Smalltown America Music picked the track and attended SensoriaPro for the first time this year.

“Sensoria is a fantastic event. A lot of the other bigger music conferences charge a lot with the promise of seeing and meeting so many people to make connections with. In reality, it becomes so overwhelming that you what you get out of it doesn’t match up to the investment. The Scoring Contest was great for me.

“I made good connections with Will Quiney and Ian Neil especially. With Sensoria, I felt I got as much as I possibly could especially when travelling from outside the country. The size makes it a lot more feasible to make actual connections with the people there and also, you are able to see almost all of the seminars and discussions available. It is very well curated and the topics chosen were right on point. So overall, less is more with Sensoria and it works. On top of that, the gigs and events at night were amazing! The people of Sheffield also must be mentioned as I felt so welcomed as soon as I arrived.” 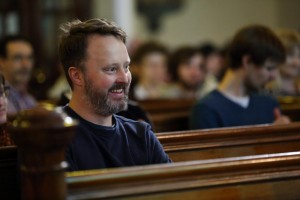 “Winning this year’s contest was fantastic” recalls Tim. “I thought scoring such an iconic opening sequence was a big ask but I was determined to rise to the challenge. As it turned out, and as is often the case in the real world, I only had 1½ days to complete the piece. I wrote what I felt fitted the action, was true to the film’s spirit and what I believed the director, Danny Boyle, would have been looking for had Iggy Pop’s “Lust for Life” not been available. Also to be judged winner by such a notable panel was a very nice surprise! This is only my second visit and I found it to be excellent on both occasions. The quality of speakers has been of a high standard, the subjects covered relevant and the organisation and venues very good.”

This entry was posted in News. Bookmark the permalink.