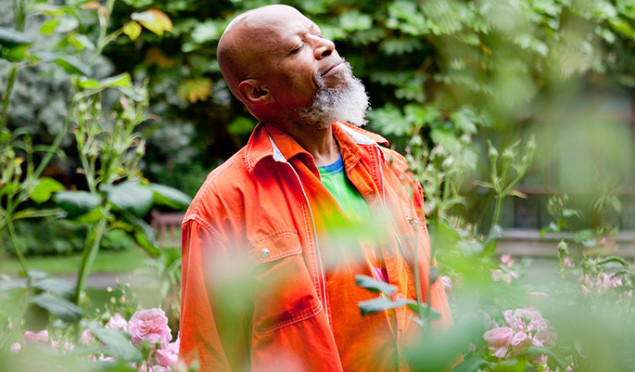 Ambient music pioneer Laraaji is bringing his ‘Peace Garden’ tour to Europe and we’re very pleased to present a yoga workshop that promises to be unlike any you’ve been to before. The workshop combines yoga exercises with deep listening and a performance from Laraaji on electronic zither, mbire, gong, chimes and vocals. This is also the first event in this unusual venue, which overlooks the peaceful grounds of the Merlin Theatre.

Laraaji, who was ‘discovered’ by Brian Eno whilst busking in the late 70s, is a musician and laughter meditation workshop leader. Three of Laraaji’s early works are now being re-issued for the first time on cassette and digital by LA-based Leaving Records. 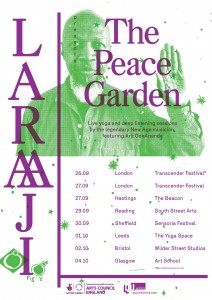 There will be two sessions.

With thanks to Alex Keegan and Qu Junktions